Franck Noto (Zest) is the ambassador of a style of painting freely riding down the long road of abstraction, where color is an essence and movement his driving force. Challenging any notion of aesthetic stagnation, he strives with vigor to create artworks that synthesize his various influences, giving life to a unique and identifiable style.
Born in Montpellier, he practices a painting resolutely abstract without losing sight of his figurative impulses nor of the graffiti early days that have seen him grow up. In 1995, barely 15 years old, with an irrefutable asset, that of drawing, Franck Noto (Zest) came face to face with the first street tags and graffiti of a pioneer generation.
The vibrant memories of spray paint cans clattering in his backpack, his gazing alongside the vacant lots, shaped the young man who saw an opportunity to assert his artistic personality. From a very early age, he devoted himself to educating his eye and developing his dexterity in a self-taught manner.
Later, with his TDM crew, he immersed himself in a fraternal setting that led him to sign frescoes from New York to Noumea and main European capitals. From higher and higher walls to an increasing number of projects, Franck (Zest) has been refining his style and pushing the classic codes of graffiti beyond their limits.
From his studio, he works inhabited by his early emotions, in a style flirting with abstract art. His universe is one of suggestion: the letters of his pseudonym, cubic forms, but especially feminine contours.
Franck’s mastery in gesture and proportions, which can be seen in the sophisticated postures that succeed one another, attest to the sharpening of his sense of observation over the years. Under his various tools (markers, rollers, spray paint cans, brushes and paintbrushes), the curves of a woman are generously magnified even though she remains elusive in the flood of colors and lines.
It is at this point that Franck’s experimental character and his attraction to abstraction are expressed. His compositions are built around gesture, a contemporary reminiscence of a wild-style graffiti that definitely left its mark on him.
These confident lines that intersect with projections of paint, biting on rigorously applied flat areas, Franck here confronts us with the culmination of a carefully thought-out, almost meditated work.
An abstraction of forms that he projects even in sculpture, where he finds a new way to perpetuate his exploring ambitions. Additionally, the world of design and fashion weren’t indifferent to his work as evidenced by his collaboration with Philippe Starck and Agnès b.
However, when talking about Franck’s work, a discourse on color, an obsession for him, is an obvious link. He combines colors as if they were words, and gracefully diffuses a structured, nuanced and willingly sparkling visual language
Admitting a weakness for fluorescent shades, he reveals a remarkable search for color associations by working with various gradients. From pastel hues to sharper tones, even venturing to the use of black, white and grays, his compositions attract the eye and flatter us with many harmonies. At the crossroad of various influences drawn from all of art’s history, Franck’s artwork brings together undeniable technical aspects, a legacy of his many years of consistency and curiosity. His paintings enrich the contemporary graffiti movement as well as the collections of painting enthusiasts in a broad sense. Despite early on being shunned by traditional art schools, devotion to his inner artistic drive has brought forth his latent talent that honors his promise to continually evolve his artistic aspirations. 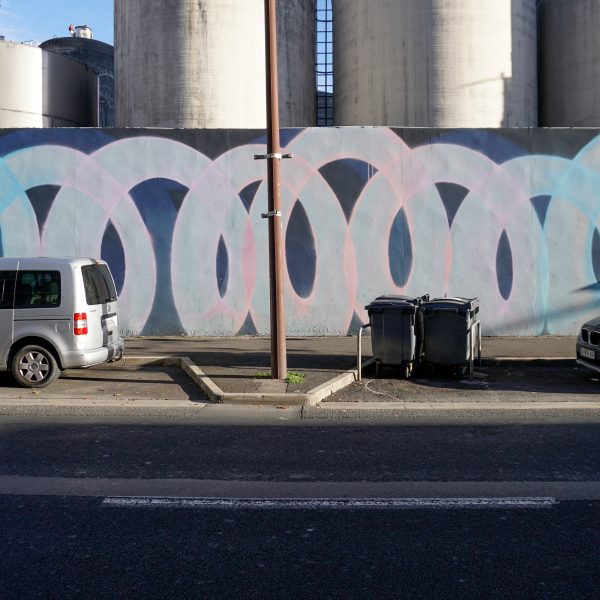 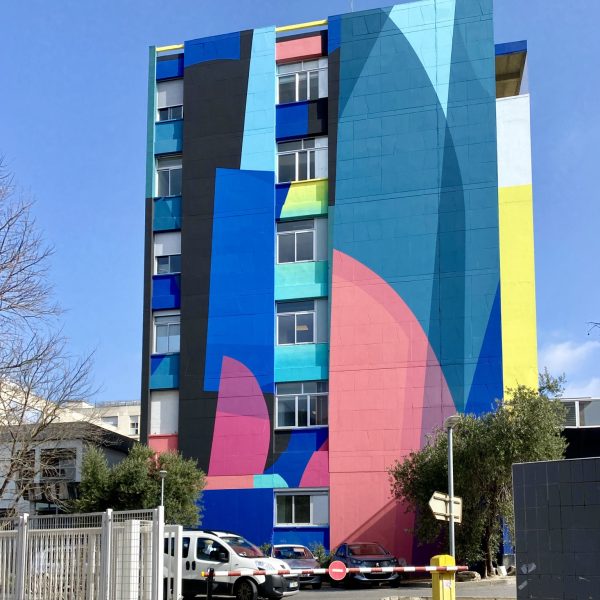